I Had To Take A Leap Of Faith

Home Blog I Had To Take A Leap Of Faith 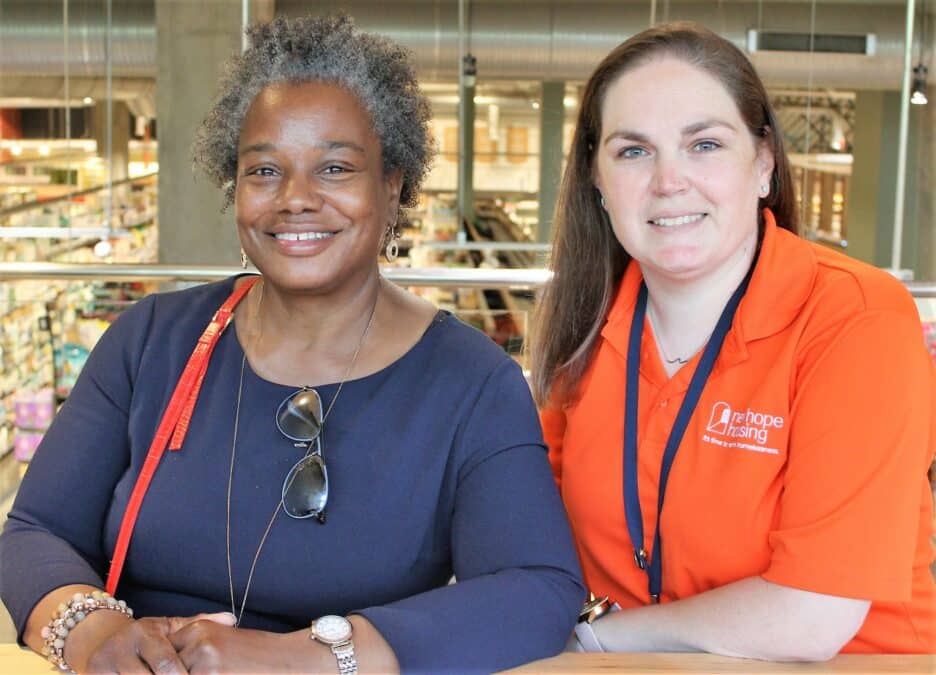 Ms. Thompson was in shock. Her husband of 30 years had just abandoned her at her sister’s place, never to be seen again. That event began a two-year period of instability and homelessness at age 55.

Her faith, and learning to find something to be thankful for every day, helped her through every challenge. Read on to see how she’s gotten her life on a new track, and set a new goal for herself: to be a first-time home buyer by 2023.

In 2011, Ms. Thompson developed a phobia of going outside and being near people. She had to quit her accounting job and rarely left home. It took a toll on her life and her family. In the summer of 2019, her husband of over 30 years dropped her off at her sister’s home and drove off. She thought he was bringing her there just to get a short break. But he never came back, and he sold their house. She hasn’t seen him since.

She lived with family for a short while, and spent some time at shelters. But when COVID hit the country, her family told her she could not come back.

When the pandemic began, she was just starting to feel better and planning to apply for jobs. The initial lockdowns actually helped her find the strength to overcome her fears. She figured if fewer people were out and about (because they had a home to be safe), she would be less afraid to go out and look for a job. “I masked myself up and did what I had to do.”

But it wasn’t easy. Few places were hiring a 55-year-old woman with an 8-year gap in work history. She exhausted her savings on a hotel, and found herself at the hypothermia prevention program at the Gerry Hyland Government Center in December 2020. A medical condition got her moved to our QPID Hotel Shelter in the spring. This program allowed people private rooms for social distancing. “It was a very humbling experience, sleeping on a mat at my age.” It was not where she wanted to be, but she told herself that it’s where she was and she was going to do the work.

“I had to take one day at a time. If I looked too far ahead, I would get discouraged. I learned to find something to be thankful for every day.”

Ms. Thompson began meeting with her case manager, Maureen, her employment case manager (seen in the picture above), Kelsey, and everyone on staff who could help. Everyone noticed her determination.

From Maureen: “Robie told me her story. I could tell there was still a lot of pain, it was still raw for her. But there was this scaffolding forming of this person ready to be the best version of herself. I don’t often see that right away. It usually takes time, so I was hopeful that it was going to go pretty quickly. Everything I recommended, she did. Sometimes more than I even asked!”

In June 2021, Ms. Thompson moved into her apartment in Arlington, a bus-ride away from her job as a shopper at Whole Foods. “It was the first time I’ve ever lived on my own. It was a boost to my confidence.”

She has since gotten a promotion and a raise and takes the time to find joy in little things. “I walk around this store for 4 hours at a time – I do it for the exercise too. I am learning about good food. That’s why I love taking people’s orders, learn about new things. I had never set foot in a Whole Foods before I started working at one.”

She is currently taking courses to get certified through the AARP Tax Aide Program. She works 30 hours a week and is in class all-day on Saturdays, but she says it’s worth it as she is also taking a course that can put her on track to buy her first home ever next year!

Ms. Thompson is just one of the 1600 people who have sought safety, shelter, and housing at New Hope Housing this past year. Thank you for your support so they can succeed! 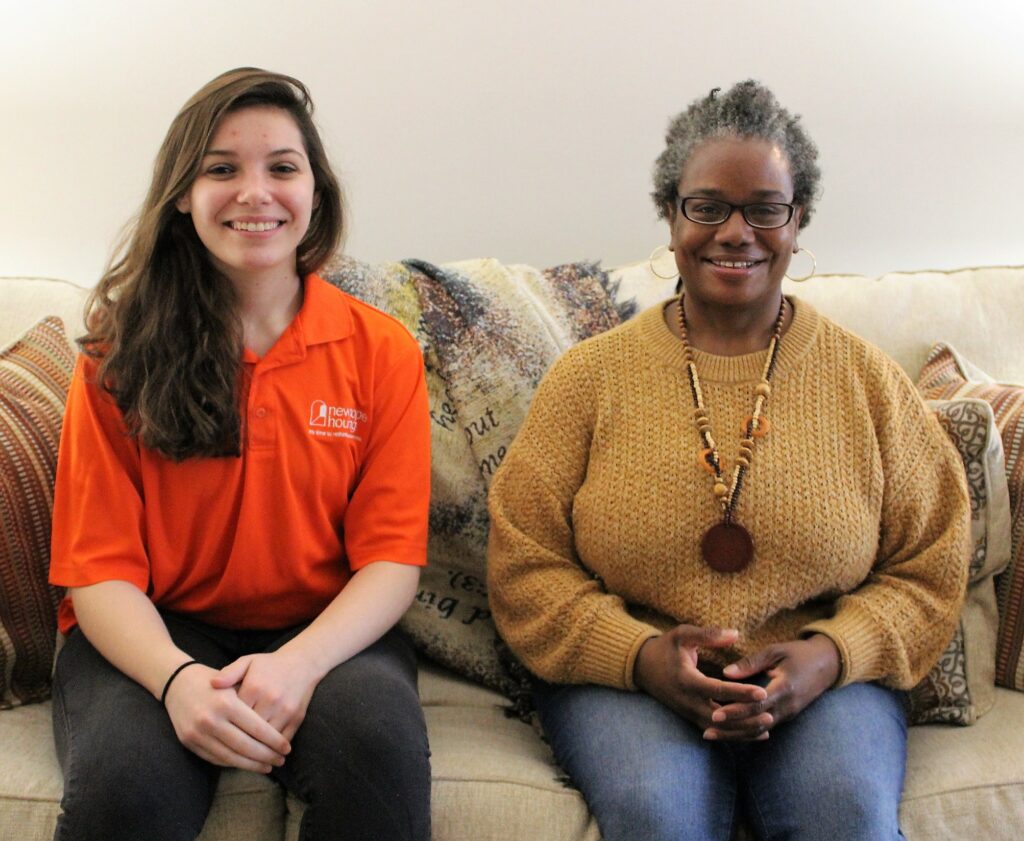 Kelsey, employment case manager, and Robie in her apartment, February 2022.