Anyone Can Do Anything

Home Blog Anyone Can Do Anything 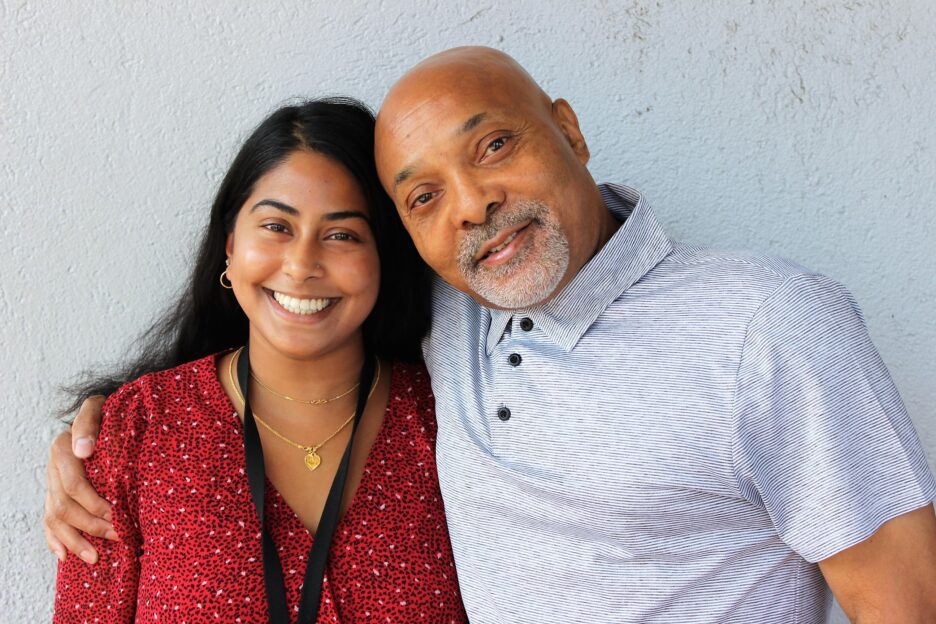 Kevin showed up at Bailey’s Shelter in 2020 because that’s where his probation officer told him to go. He was 60 years old and thought that going to a shelter was “rock bottom.” Even when he had suffered from addiction and spent time in jail as a younger man, there was always someone to help him. But not now.

Or so he thought. When he got to shelter, he decided it was time “to get out of his own way” and accept help if it was there. And it was!

“It takes me a lot to open up, but sometimes you can feel a connection when someone is sincere and they’re passionate.” Kevin says that Hemede, Angel, Roynesha, and Rashad to name a few were all there for him from day one. “I’m just so grated to each and every one of them.”

“Hemede has been my rock, the shoulder I have been crying on.”

But he had to take some things slow. He had been in a horrible car accident in 2019. His jaw had been broken. He has a plate in his chest and pins in his elbow. The jaws of life was used to rescue him from the car and Kevin swears that the firefighter who pulled him out said he was already gone.

After this accident, standing for any length of time is painful. Getting a job was slow.

Kevin thinks that a combination of depression and medication after the accident led him to commit petty theft that landed him in jail early in 2020. He lost his condo while locked up and was told about Bailey’s Shelter – and that’s when he started working with Hemede.

Hemede was the first in her family to graduate from college, though the ceremony in 2020 had to be cancelled due to COVID. Still, she was optimistic about finding a job to allow her to pursue her true passion in life: helping people in need. She became the Employment Case Manager for Bailey’s Shelter in April 2021, taking over from Kelsey, who became the case manager for the Kennedy Shelter (and was recently named our Employee of the Quarter!)

“Kevin has been outstanding. He was a little guarded at first – and that’s okay. He’s a survivor and a very caring person,” shared Hemede.

Kevin got a lead for the job he has now on his own, but gives Hemede credit for helping him open up and recognize his own value. In July he began working at a substance abuse recovery center in Washington, DC, as a monitor, helping people through their addictions. “They see me doing better and I can tell them ‘You can do this man!'”

He’s not a full counselor but is getting a lot of encouragement to go back to school to get his degree because he’s so good with their clients. He’s thinking about it so he can continue to give back.

“You all are in the business of saving lives…I want to be that person to help make a difference in somebody’s life.”

Kevin moved into an apartment of his own just down the road from Bailey’s Shelter in August 2021. He loves it! It’s small but everything he needs – including a gym in the building that he uses for his physical therapy.

“Kevin has taught me a lot. People can overcome so much – that anyone can do anything with just a little help,” says Hemede. “Some people might need an extra push or someone to believe in them. I am glad I can be that person.”

Visit our Volunteer page to work with the Workforce Team and help change lives, too!